When preparing for a monetary negotiation, savvy negotiators know that they should have 3 numbers prepared.

This story of one of our Master Negotiator students is about the critical importance of the first one, your reservation price and how setting it correctly can help you save your deal – and maybe your house. 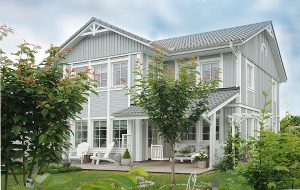 Joe and Alice* were looking for a piece of land in a capital of a European country to build their family home. The couple knew from their own experience and research, that there were almost no pieces of land available for construction of family houses in the city. And the smaller they were, the more expensive. Almost to the extent that usually, only project developers could afford them.

One day, the couple spotted a piece of land which was just perfect. It was located in a very nice living district, close to a hospital, near one of the best shopping centres of the city and having large open green grounds all around. The property was also close to one of the schools Alice’s children would enter, since she was a civil servant. It was a really rare fine.

The plot was priced at € 200k so the couple prepared to offer an initial € 190k and use the extra €40k they were ready to pay on top of that to negotiate their offer in four successive bids adding amounts of €15k, €10k, €8k and €8k in that order (a strategy they learned in the Master Negotiator Course to send clear signals of having reached the limits of how far one could go to communicate a consistent message and satisfy the negotiation partner for having made the best deal).

The game was on.

However, before Joe and Alice could even make their first move, the landlord disclosed that he had already received an offer for € 210k, eliciting Joe and Alice’s first offer to surge to an immediate €220k, which they willingly gave. Later that week, the seller again came back with a counter offer of another buyer for € 230k, so Joe and Alice decided to top that by increasing to €238k, conditioned on the landlord to come back to them and give them the possibility to make a new counter offer if theirs be superseded.

And he did come back.

One week later, the landlord had a new offer for €250k. He said he was ready to close the deal for that price, but not before giving them the chance to react. Emotionally driven, Alice and Joe replied saying their last offer was €251k.

They knew they could go higher but they decided to risk the deal for a better price. They wanted the landlord to believe he had reached the price of his land. Also, the extra €1K was intended to put the landlord at bay. Would he beg Alice and Joe’s competitors to improve by a seemingly ridiculous amount of €1k? Their idea was to force him to choose between two almost identical offers. Theirs’s being € 1k higher.

The couple answered with thanks, firmly stating that they would not go as high as €260k. On the contrary, they added that they could only uphold their offer for €251k until next Wednesday, trying to hint to a Best Alternative to Negotiation Agreement (BATNA) of their own on the horizon.

By the following Thursday, Alice and Joe had received no news from the seller.

As they learned a little later on, Alice and Joe’s competitors did succeed at securing the property at the €260k pitch – only €9k more than the couple was willing to offer, or a mere €50 or so in difference on their monthly mortgage installments.

How did it go?

Imagine now. If you were the couple in this situation, would you be happy with how the negotiation unfolded? With putting an end to this bidding war, but losing this unique piece of land in a city where hardly any land is available? And instead now feel like “damn it, we should have gone for the  €260 deal, it would have cost us hardly any more money”.

I assume you would regret it.

What can be learned from this?

It is always insights that are easy to blame, but hard to digest, when we dissect our mistakes in looking at our actions in hindsight. But as lifelong negotiators, it is important to look at them, learn from them, and share them with our fellow negotiators so they can learn from them too.

The regrets of this negotiation come down to one simple principle: Know your true reservation price.

Even for experienced negotiators it is all too easy to set a random reservation price, just to have done “the homework” of setting one. For your next negotiation though, make sure it passes these two tests  in order to make sure you make a truly informed  decision for yourself:

Thank you to our students for sharing this valuable lesson with the Negotiation Academy Community.

All the best for your next negotiation!